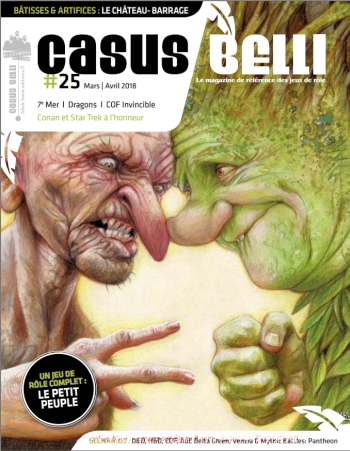 Casus Belli: Hello Ciro, than you for agreeing to this interview. Can you introduce yourself?
Ciro Alessandro: Sure ! I am Italian, 49 years old. I’ve been gamer since 1986 when I discovered the D&D Red Box in a toy store. At the moment I am the curator of Infoludiche,org (current gaming news, in Italian only) and Dungeon Master Magazine (covering out of print games, in Italian and English), a games retailer (I own La Grotta di Merlino store), I have been been for a long time staff member of the Lucca Comics and Games convention (I managed with a collector friend the exhibit for the 30th anniversary of Dungeons & Dragons and contributed to the one for the 40th anniversary of Call of Cthulhu that Sandy Petersen reallly appreciated), I contribute to a vintage retro videogame magazine, Retro Game, and with a local newspaper with a column abot tabletop games. I also a long time volumteer for an animal welfare organization and I enjoy music, travels, politics, reading and much more.

CB: Can you tell us more about that 40eh anniversary CoC? Was it an event? A book?
CA : the 40th anniversary exhibit was a project by Andrea D’Urso, staff member of the Lucca Comics & games convention, a exhibit that showed Call of Cthulhu publication history both in English and Italian not only with the various editions of the rules but also significant supplements (for example the two Petersen full colour guides), rare pieces (for example Beyond the huge Beyond the Mountains of Madness campaign) and curiosities (for example the Eco diArkham newsletter). It was a great success and Sandy Petersen really liked it – he told us he had never seen anything similar!

CB: How and when did you start playing RPGs?
CA: I started role playing games in 1986 afer buying the Dungeons & Dragons red box in a toy store. I had read an article about RPGs in the Encyclopedia of Science Fiction and I was intrigued, but living (at the time) in a small community there was no way to get one. When my family moved in Turin in 1985, everything changed. But my very first ‘hobby’ game was International Team’s Millennium !

CB: What is your favorite RPG?
CA: that’s a tricky question. The RPGs I like most are Dungeons & Dragons (the BECMI version, but I like fifth edition too) and Call of Cthulhu, but I love Pendragon, Ars Magica, GURPS…

CB: What is the situation for RPGs in Italy ? Let’s start with a little history, will you?
CA: Albeit Italy is not one of the countries coming immediately to mind when thinking about RPGs, RPG activity is quite old: an Italian gamer for example managed to see published in AD&D Fiend Folio tome the Aleax monster in 1981 (!) and from 1980 to 1984 the defunct magazine Pergioco (the Italian equivalent of Jeux & Strategie) published regularly articles about D&D and RPGs. The very first Italian RPGs, I Signori del Caos (The Lords of Chaos) and Kata Kumbas (Catacombs) – both fantasy ones – were published in 1984 but the real start for role playing in Italy was the D&D Red Box, published in 1985 by a major game publisher, Editrice Giochi. This started Italy’s love affair with D&D which endures to this day. After D&D release, more games followed: The Dark Eye (published by the same company producing the Lone Wolf gamebooks), Holmes & Company (an Italian hardboiled detective RPG), Tunnels & Troll (produced by publishing giant Mondadori and distributed not just in bookshops but in newsstands!), Call of Cthulhu, MERP, Vampire and many others. The very first Italian RPG magazine, Crom, appeared in 1989 while another milestone, AD&D second edition, was translated in 1990. Things looked good. But…

CB: What happened?
CA: Then Magic appeared in 1994 in Italian (the very first ‘foreign’ edition of the game) and virtually overnight the market collapsed. Publishers stopped producing RPGs or disappeared completely. Magazines folded (except Kaos). The Long Night started… Italian edition of RPGs were very few and far between, Italian creations were confined to self publishing, quality was poor, interest from stores and distributors insignificant: we had D&D of course, WFRP second edition, the new World of Darkness, many so called narrativist games – they were cheap to produce – but not all successful (Dark Heresy and Rogue Trader did not sell well).

CB: Is has been that bad?
CA: it was very, very bad. Sometimes I thought RPGs were dying the same way wargames are virtually dead, confined to a small niche of uber fans 40 years old, at least.

CB: Magic can not be the only explanation? In France, mass media have run campaign saying D&D was like a sect, an evil cult. Have you been through this too in Italy?
CA: Italy too had its own part of hysteria due to sensationalistic articles in the press. An organization, GdR2, was formed just to fight the disinformation. But this problem did not last long. The problems were card games and videogames that sucked away a lot of players and virtually stopped any new gamers arriving in the hobby (with some extremely limited exceptions).

CB: And nowadays? How is the situation?
CA: In the recent years the situation has got significantly better. The Italian edition of Pathfinder still is a triumph ( the core book being reprinted at least four times); Sine Requie, an Italian horror RPG, became a big success: this game is set in a post apocalypse world where Doomsday has come, the dead walk the earth and our world is different, very different. Starting from small press publication in four booklets, Sine Requie not only has had at least three different editions and almost twenty different sourcebooks and campaigns: a record for any game in any language; Savage Worlds is another impressive story: the core rulebook is perhaps the cheapest RPG here (just 13 euros) among professionally produced gamesin a few years has a line of almost 40 books. Very intriguingly, some of them are Italian creations! Ultima Forsan, sometimes called ‘Reinassance with the undead’ has been particularly successful and it has been translated in English, Spanish and Russian (!). And let’s not forget Freak Control, a VERY unusual setting that seems coming out straight from Stranger Things (but It was published years before the TV series) and many classic telefilms of the ‘80s such as The Prisoner. Of course in Italy too Dungeons & Dragons fifth edition had a smashing success with the Player’s Handbook being sold out at least. But prints runs have changed in Italy too, for the worse: at the moment a new RPG is printed 1.000 copies (but many ‘indie’ ones have far lower ones), a far cry from the heydays of the ‘90s.
We had some (new) Italian edition of classics (besides Dungeons & Dragons ): Call of Cthulhu seventh edition, The One Ring, Savage Worlds, Vampire the Masquerade. 7th Sea, Symbaroum… There is a growing interest in the old school movement (not surprisingly considering the love many Italian gamers have for D&D) with Italian translation of old school games (for example Labyrinth Lord) and original Italian creations (part of the Dangers & Demons adventure module line), publication of the so called narrativist games continues too, albeit the only really popular game in this family seems to be Dungeon World.

CB: Do you feel a new generation is coming to tabletop RPG? And girls too now?
CA: I see some significant interest in younger generations, due to the exposure to successful TV series such as Stranger Things and The Big Bang Theory, but nothing amazing. However, we do have growth and this is very encouraging.

CB: You talked about Sine Requie. Besides this game, how is doing the italian creation of RPGs?
CA: The presence of Italian designed RPGs is more and more important, here are some of them: the authors of Sine Requie have produced two more games: L’Alba di Cthulhu (The Dawn of Cthulhu) and Anime e Sangue (Souls & Blood); Nameless Land (the name is in English) has a core rulebook and seven sourcebooks; Super Adventures, a superhero RPG for adventures ‘Marvel style’; an universal RPG, the Monad System, which has already a setting, Nostalgia – La Flotta Nomade (Nostalgy – The Nomad Fleet), based on a fleet of generational starships that, in time, has evolved in various different societies. Some Italian creators and publishers look beyond Italy for their business (in a way similar to boardgame publishers). Alephtar Games produces RPGs and sourcebook in Italian, (mainly) in English and in French too (Call of Catthulhu and th new Ninja Crusade).

CB: Do the publishers in Italy use crowdfunding to finance their games ? Does it have a impact on the production?
CA: I have seen some successful experiments, but so far is a very limited phenomenon. The first and very beautiful Italian edition of Dungeon World was crowdfunded. A new universal RPG, Monad System, and its wirst setting, Nostalgia La Flotta Nomade, were crowdfunded too. Giochi Uniti, a majior game publisher, crowdfunded the Italian edition of Starfinder too but more as a promotion and to gauge the interest for the game that due to financial needs. The campaign raised 12.000 euros on a target of 2.000 so it was a very good result.

CB: Are there French products translated and published in Italy?
CA: Alas, virtually no French RPGs has been translated into Italian: just Hellywood and Qin and both stopped with the core book. Perhaps the future will be better! But I can point out theat no Italian RPG has ever been translated in French…

CB: Do you guys have a RPG press, a magazine of reference?
CA: Alas, there is (so far) no RPG magazine such as Casus Belli, but there are excellent amateur publications (Anonima Gidierre has almost reached its 100th issue!), web sites, blogs and Facebook groups (one has over 10.000 members). This is very sad because I love printed magazines but at the moment there are no project for producing one.

CB: What about RPG events?
CA: There is a good RPG presence in the two bigger conventions in Italy: Play and Lucca Comics & Games. Play is held in Modena in spring, had over 35.000 visitors in 2017 and it’s similar in spirit to the Festival Des Jeux in Cannes: games and only games of every kind. Lucca Comics & Games, held in Lucca at the beginning of November, is HUGE (240.000 visitors in 2017) and covers everything: games, videogames, cosplay, comics, television, cinema, animation. Games are still an important part of it and it’s still THE place for every kind of publisher to attend and show new products. But there are a lot of smaller shows where there is some RPG presence, for example Cartoomics in Milan. 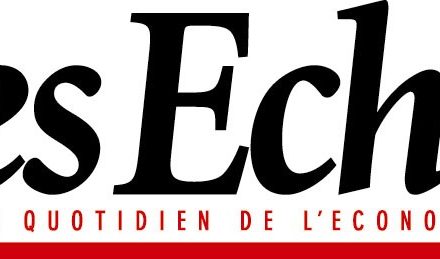 [Italia] “Nuovo distributore per Days of Wonder”: in arrivo Smallworld in italiano