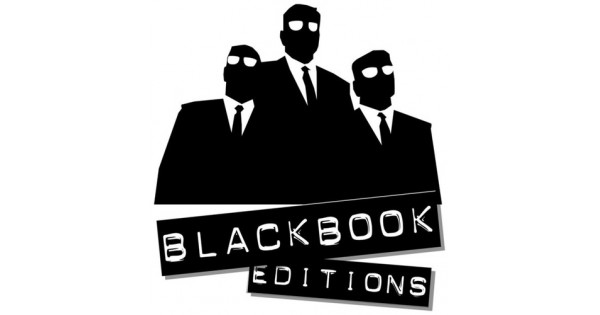 Black Book Editions (BBE in brief) is one of the main RPG publisher in the French market. Besides publishing the fourth (!) incarnation of the wonderful Casus Belli magazine, BBE is the French publisher of mainstays such as Pathfinder, Dungeons & Dragons fifth edition, Savage Worlds (all of them very well known games in Italy too) and many original French productions such as Polaris (a sci fi RPG set in a future Earth where mankind lives under the oceans because the surface is devastated), Heros & Dragons (based on Dungeons & Dragons 5th edition OGL) and much more. We are very pleased to interview Damien C. of BBE.

Hello Damien and thanks for agreeing to this interview. As usual, give us some infos about yourself: age, hobbies (besides games of course) and how you discovered RPGs.

Hello! My name is Damien C. I turn 40 this February, I’ve been playing RPG since very early childhood and I have never stopped since. Besides RPG, I have been musician in a French rock band called Sarro and… I love basketball. I discovered RPG with older friends, who were children of family friends. The game was The Dark Eye, the biggest RPG in Germany which was translated in French already. I was so young I can’t recall my real age (around ten years old ?) or any details about the game… except I played a dwarf! I needed to wait that my brother get into RPG – he is 3 years older than me – to really try a game that I can remember, a Stormbringer adventure, and I needed to read Casus Belli magazine to be able to get deeply into this passion on my own. I do not only needed friends to play (I always found some), I needed to be fueled by written materials. And because I did not have so much money, Casus Belli was the most awaited thing I could buy every two months!

Tell us something about BBE: when was it born? What was its first game (not necessarily a RPG)? How many people work full time for BBE?

BBE was born 14 years ago when David Burckle, the CEO, after being a RPG retailer for years, wanted to published nice settings for the d20 System in French. He found two friends who believed in the project and they also decided that they needed to make French games. That’s why Midnight, the d20 System setting from FFG, was not the first RPG published by BBE, but Pavillon Noir, a incredible pirate RPG written by a French author that has been a big success in France since then.

What is BBE’s most popular RPG?

Right now, it is of course Dungeons & Dragons. The older RPG in history has marked the culture of the French community since the 80’s. The fifth edition is also much more attuned to French audience than the fourth, so we can already say it is the biggest success of the year for us. As far as French RPG are concerned, the most popular RPG right now is Chroniques Oubliées. A very modular, simpler and fun RPG system based on the d20 system. It is a huge success that Casus Belli helped building, giving materials in each issue and even going as a generic system adapted to different genre (Sci-Fi, cyberpunk, contemporary, etc.). David and I really build this system in the first place, so we are of course very proud of this success, but nothing would have been possible without meeting Laurent “Kegron” Bernasconi, who took the original rules to actualize and produce a vast quantity of quality material.

In Italy, alas, there are no more magazines devoted to RPGs, albeit we have excellent fan magazines. BBE publishes the fourth version of Casus Belli magazine, perhaps the greatest RPG magazine ever (and not just in French).We know that publishing RPG magazines is often something difficult: sales are low, there is little advertising, fans have many and competing interests. Why did you chose to publish Casus Belli?

In a way, David and I are the sons of Casus Belli. It has been the beacon and the flag for any French RPG gamer for so many years. The original Casus Belli was so creative, so important to get any information about RPGs before Internet… We really had this chance, in France, to have this magazine. It was the starting point of a lot of authors, illustrators. When BBE got the chance to buy the IP, it was one of the most enthusiastic moment of BBE history. A dream came true. Working on this new version of Casus Belli magazine is a delight, calling back the Old Ones and mixing them up with the new generation of authors and illustrators. And having this success and response from the players is perhaps the most thrilling feedback we ever had on what we have done in this industry. And just to let you know, we do not distribute the magazine in the usual press distribution system, where you potentially can earn so much more than in traditional game distribution… but where you finally can lose so much more money! We had low expectation and tried to find a way to fund everything with this low expectation, so that the magazine will have a long life.

How is the magazine going? How many copies are sold of each issue?

The magazine is doing well. Since issue 15 or so, subscriptions would go simply higher and higher with each issue! We do not give numbers publicly right now, but some issues are sold out and they were printed 4.000-5.000 copies – not taking into account the digital PDF version of course.

We noticed that BBE uses extensively the crowdfunding method for many projects and it has created its own platform, not using anymore (for example) Ulule or Kickstarter. Judging from recent crowdfunding campaigns, for example TORG or The Dark Eye, this is a very successful method for funding new projects. Why and when did you start to use crowdfunding for publishing projects? What is the most successful (in terms of money collected) project for BBE?

More than 4 years ago, David was already convinced that what is happening now would happen because of crowdfunding. We had the chance to have a very skillfull webmaster, that is also a huge player, and we built together a crowdfunding platform for our games to avoid all complex cost and technical problems that other platforms impose to publishers. This platform was so successful that other publishers came to use it and that we needed to create another company, Game On Table Top, to run this platform. Today, it works not only for France but for many other language publishers (English, German, Spanish, Italian, etc.). Game On Table Top was launched six months ago with international publishers (Ulisses Spiele, Ninja Division, Mythic Games, etc) and it can handle crowdfunding projects and pledge management alike. The most successful crowdfunding project for BBE has been Heros & Dragons, a OGL 5e ruleset RPG develop by the Casus Belli team of authors. The game collected more than 330.000 euros thanks to 1.500 backers and will be released in two months or so.

Do you think that crowdfunding will be THE way to the future of RPG publishing?

The future is big! But in the years to come, surely it will, without any doubt. In 4 years, the market changed in a drastic way. Now, except D&D, no other games in this small market can be produced successfully without crowdfunding. And it helped to give high quality products that were impossible to produce before. As fans, we are so happy about this, cause this quality is also a big impulse to be enthusiastic about playing RPGs.

Had crowdfunding campaigns negative impacts on sales in stores? Some retailers say that they don’t stock crowdfunded RPGs because they are convinced that the demand has been already satisfied…

Yes. Crowdfunding has a negative impact… on sales of RPGs that were not crowdfunded! As a publisher, we have seen this effect: a small reduction of sales, but an significant augmentation of published books. In the end, stores makes more money with BBE for example, because they have more products to sell.

Compared to Italy, the French gaming market is far larger, at least for boardgames and many Italians look with envy at the number of translations and original, quality games (and RPGs) in France. We have an Italian subsidiary of the Asmodee behemoth too. What is your opinion on the size of the overall gaming market in France?

Since years, boardgames had a very high growth. As a very small part of this industry, RPGs should have grown along them, but it was not the case, due to lot of factors. BBE worked a lot on this problem to bring RPGs back in the minds of the gamers’ community. With the help of crowdfunding and TV shows from the USA like Stranger Things, something is now clicking and we can hope for growth in the years to come.

What is the average print run for a role playing game in France?

What is France’s major game conventions? Is there an event you consider a must to partecipate in?

Alas, France has lost a few years ago its most popular RPG convention in Paris. There are now a few conventions that really do a great job to gather more and more people, but there is no “this one you can’t miss” event. With a larger prospective, Festival International des Jeux of Cannes is now the centerpoint of the year in the traditional board, family games and card game industry. It’s at the end of February and of course Black Book Editions will have a nice booth there. It is not far from Italy and the entrance is free, so maybe this is something where gamers from Italy can go?

Have you ever seen an Italian RPG?

I am sure I saw one someday, but to be honest, on the contrary to German or Spanish market, I do not know a single game from Italy and it is a real shame. We should really be able to name games that the creative Italian people have published. We already know of your crazy, nice (and big!) convention in Lucca and we want to know more about your games. I hope this something that will happen in the future.

Have you ever been to Italy?

Yes! At least four times. I even learned Italian has a second language in school. Alas, I was not able to find any RPG stores when I was in Italy. I love every Mediterranean country and I really want to attend Lucca Comics & Games for the first time next year.

Thanks for your time! 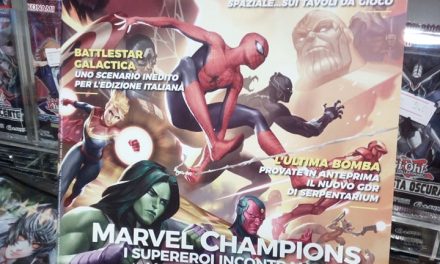